NOTE: ALL IMAGES (and caption) CREDIT TO NASA

It’s been a while since our last update, and a lot has happened in that time! I’ve finally moved into college, and my bio on the front page has been updated from “high school senior” to “college freshman”, something that still feels a little bit unreal. Classes are in full swing—and so are extracurriculars—and I find that in the transitionary period from one lifestyle to another, time tends to slip from my fingers like sand.

Time has slowed down now, though, and I have been able to finally take a breather from the whirlwind intensity of my life, sit down at my computer, and write these words.

The world of astronomy—and physics as a whole—continues to hurtle into the glorious future. It has been a revelatory experience to be immersed into the world of active physics research at Yale University: scientists are using quantum computers to detect dark matter, scientists are applying techniques used to model stellar systems to predict market outcomes, scientists are spearheading the largest survey telescope ever built to truly understand our origin on a scale never before seen.

And there are some exciting updates coming to SkySimplified! The SkySimplified Podcast is returning for a brand-new season, kicked off by Dr. Larry Gladney, the Dean of Science at Yale, and an accomplished experimental physicist with an extensive resume. I will be contributing to publications on campus, including the Yale Scientific—the nation’s oldest college science magazine—which I will duly link to our site when things get published. I am so excited to expand SkySimplified even further, all driven, of course, by your support.

But enough housekeeping for now! We will continue our journey through the solar system today with our next neighbor, and perhaps one of the most popular planets in people’s imaginations: Mars. We have extensively discussed the various missions to Mars (see my series on Mars Rovers), so today’s focus will be on the planet as a whole, its structure, and the future of research being conducted on it.

So sit back, relax, and enjoy! Let’s voyage to the Red Planet.

That’s a good place to start, actually. Why is Mars called the Red Planet?

First—and most intuitively—Mars looks red in the night sky. 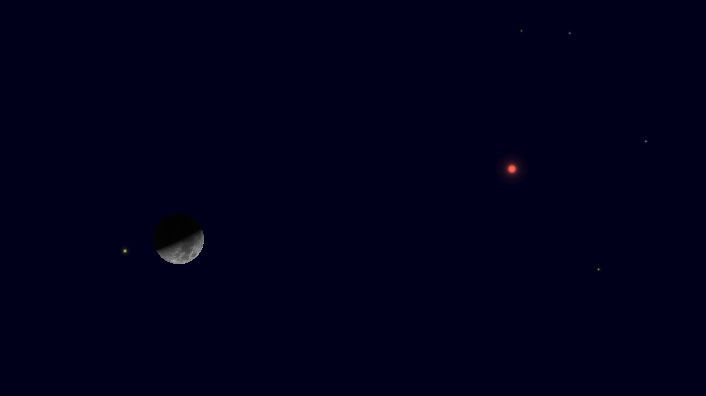 In fact, this blood-like visage was how Mars got its name. Mars is named after the Roman god of war, inspired by its bloodlike tint. This reputation was furthered in culture when prominent composer Gustav Holst’s orchestral suite “The Planets” labeled Mars as “the bringer of war”.

In reality, though, Mars’s red tint is not influenced by any violence (that we know of). Mars is red for the same reason that old bikes flake vermillion; the iron in the soil covering the surface oxidized over time. 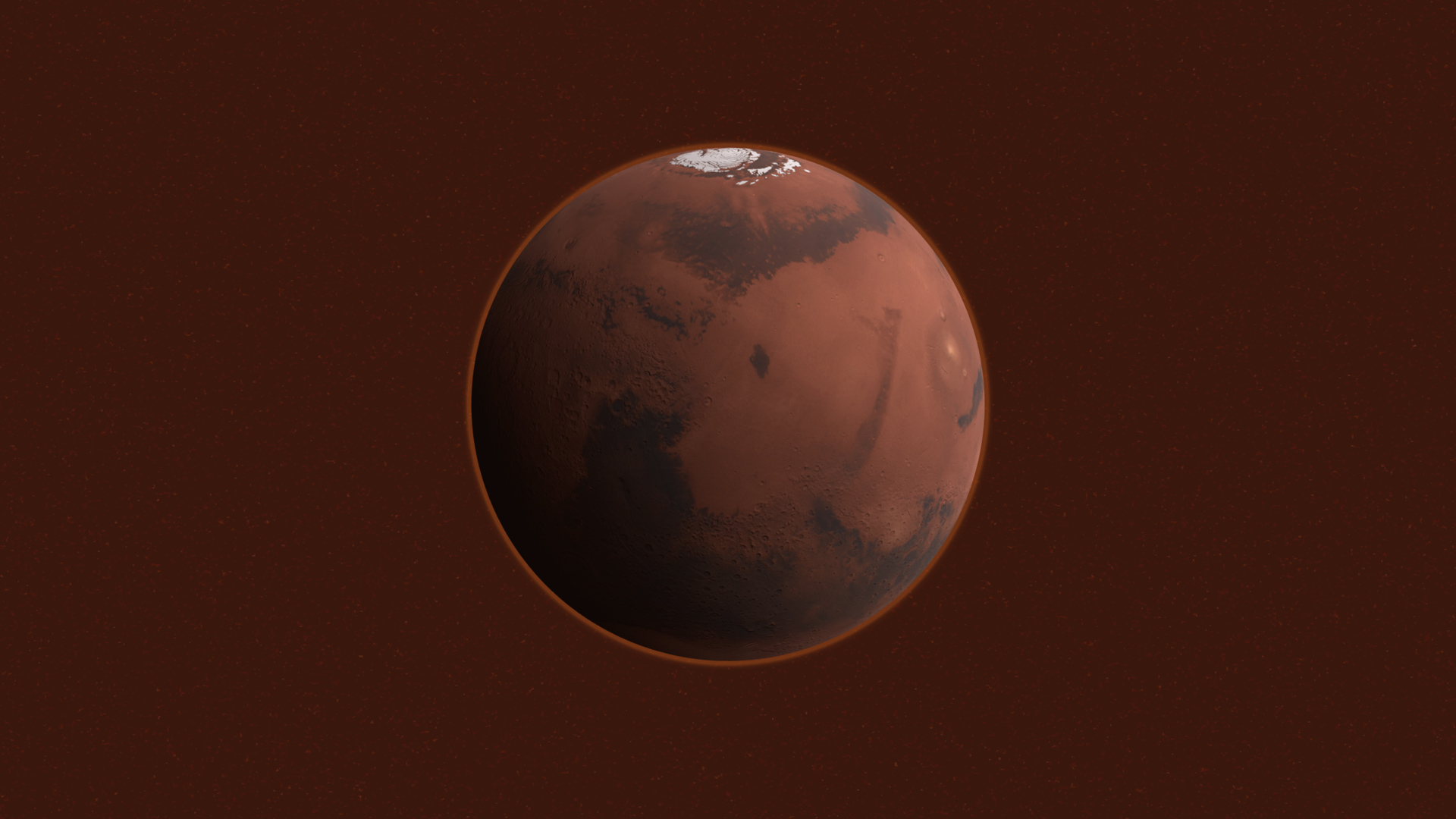 There are plenty of other interesting things on the surface of Mars. Of course, I’m sure that you’ve all heard of the various searches for life—or remnants of life—that have been conducted on the Martian surface. Humankind always have a fascination with extraterrestrial life, and the idea of such life existing on the planet directly neighboring ours is remarkable.

This claim, contrary to the belief of the public, was not simply manufactured. Scientists had a lot of guesses regarding the existence of life on Mars, and much of it stems from the geography of Mars. Earth is naturally suited to support life, and a lot of these features can be seen in Mars as well.

First and foremost, Mars has volcanoes! 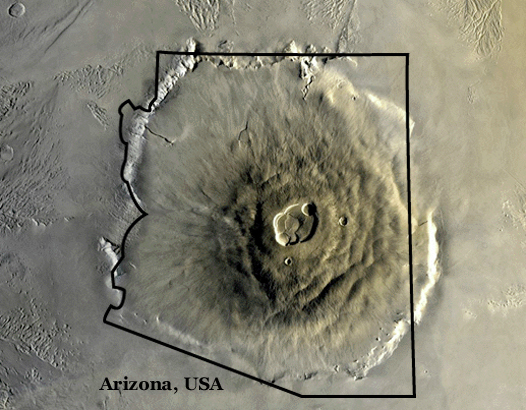 Olympus Mons, the tallest volcano in the solar system. As you can see, it’s extremely large…

This may not seem significant, but volcanoes are a sign of tectonic activity on the planet. This indicates shifting plates, eruptions, lava, steam, none of which can happen without the existence of water.

This last point is what gets scientists so excited. Mars has extremely large polar ice caps, so the existence of water ice is known, but ice alone cannot be used by life forms to survive. In order to sustain life as we know it, liquid water is essential.

The question of water on Mars is further exciting as, if harvestable, it would make future manned missions to the surface more feasible. It would help considerably if humans could use water entirely from the surface rather than having to bring some over from Earth, a heavy and costly process.

I hope I have been able to convince you of the gravity (pun intended) of the existence of water on Mars. I have been told that one is not famous until a Wikipedia article exists about oneself. Per that logic, the question of Water on Mars is rather famous within the scientific community. This question is very much in contention currently. It has become evident that there was plenty of liquid water on the surface of Mars in the past. There was, perhaps, even an immense ocean that covered over a third of the planet’s surface. But unfortunately for Martians (or for human dreams) the vapor pressure of the Martian atmosphere is not conducive to the existence of large quantities of liquid water.

That was a lot of jargon, so we can break it down a little. In order for water molecules to exist in the liquid state, a particular pressure must be applied to them. Without this pressure, they will either be too dispersed (vapor) or too condensed (ice). And this is what happens on the Martian surface. Ice sublimates into water vapor, and vapor deposits onto ice.

However, for a fleeting moment, the water molecules enter a transitive state where they might be considered a liquid. And, theoretically, if humans are able to harvest the water at this stage, it would dramatically catalyze our ability to inhabit the surface of Mars. And that is where I will leave our story of the Red Planet. There’s plenty to explore in its orbit, its two moons (Phobos and Deimos!), and its presence in popular culture. But the most exciting aspect of Mars for me will always be the existence of water, the potentiality of a human future on its surface, and a dream of a stepping stone into the interstellar tomorrow.