We have finally arrived at the end of our journey through the Apollo missions. It’s been quite the voyage; through tragic starts, to smooth continuations, transitioning into choppy waters. However, land is finally in sight.

In today’s post, we’ll be discussing the last few Apollo missions (including everyone’s favorite interplanetary vehicle, the moon buggy), as well as the legacy that Apollo had, not just for NASA and the American space program, but on a worldwide geopolitical level.

So, without further ado, let’s begin!

The tenacity of the astronauts in Apollo 13 was praised highly when they returned safely to the Earth. Further, the dedication NASA had to maintaining their astronauts and ensuring that they survived was commended. The incident reinvigorated public interest in the Apollo missions, and further allowed NASA to slate four more. 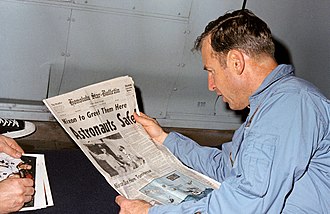 Astronaut Jim Lovell reading a newspaper account of his journay

Apollo 14 was notable within popular culture for several reasons. It was the last mission to the moon where astronauts landed, collected samples over the course of EVAs, and left— termed “H missions” by NASA. But, more significantly, the astronauts on the mission had quite a personality.

Alan Shepard, one of the astronauts, carried golf balls and a club to the moon. Placing the ball on a ridge, he swung and shot the balls into oblivion. 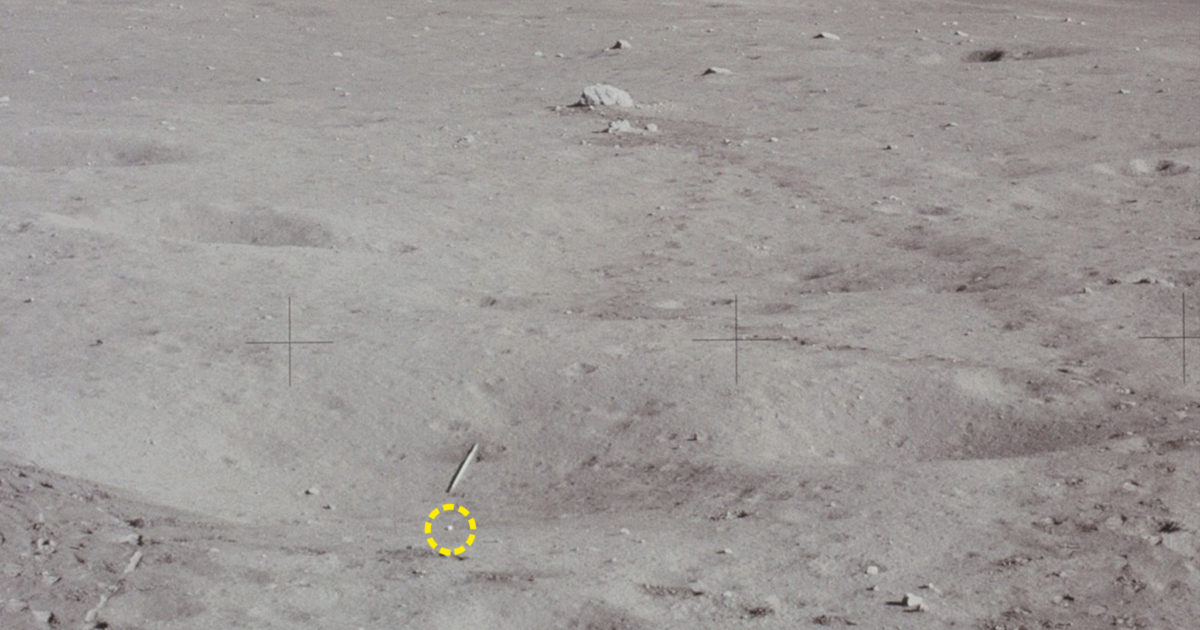 The ball at a remarkable distance from the LM

Astronaut Stuart Roosa stayed in the Command Module over the course of the journey, and brought several hundred seeds with him. Some of these seeds germinated while in orbit around the moon. When the astronauts landed back on Earth, these seeds were distributed and planted at places around the world, and were the world’s first “Moon trees”. These trees became sources of tremendous pride for the institutions that had them.

A moon tree in Philadelphia

Apollo 15 was the first mission to include the Lunar Roving Vehicle (colloquially known as the Moon Buggy). This was a vehicle designed specifically for travel on the moon. The tires were made of a metallic mesh, and the body was made of reinforced metal. It was powered by two silver-oxide batteries and could reach a top speed of a blistering 8 miles an hour. Due to the reduced gravity on the moon, it weighed merely 76 pounds there.

Every mission after this one—Apollo 16 and Apollo 17—carried a new moon buggy. All three of the moon buggies that have been launched to the moon are still there today, and may be retrieved in the future!

Apollo 16 and 17 were not as eventful as past missions. Apollo 16 launched a satellite into orbit around the moon from the Service Module while Apollo 17 broke several records for duration spent on the moon. Apollo 17 was also the last time that humans walked on the moon.

With the conclusion of Apollo 17, the Project Apollo was classified as having been ended. Running from 1961 to 1972, it landed 12 people on the moon. The Apollo missions stand alone in missions to take humans past Low Earth Orbit.

The foundation built by the Apollo missions helped several further endeavors back on Earth (and in space!) It funded the construction of the Johnson and Kennedy Space Centers. It enabled the construction of SkyLab, NASA’s first space station. It formed the base for the Space Shuttle program, which would become the longest-running mission in NASA’s history.

On a geopolitical front, the Apollo missions cemented the United States’ status as the winner of the Space Race with the Soviet Union, contributing to the latter’s eventual collapse. The increase in morale that the missions facilitated has not been replicated since.

And even today, the legacy of the Apollo missions lives on. NASA is designing a new set of missions to carry a new generation of astronauts to the moon in new, more powerful rockets: the Artemis missions. These will act as a stepping stone for further human exploration in space, perhaps setting up a dedicated lunar economy—and maybe even going to Mars.

The Apollo Missions are a clear example of how the tenacity of humans can help achieve something for use as a species, not just for one people. And it shows that when there is motivation, anything is possible.