We are already at the second month of the new year, and what a month the past month has been! From major political news developments to economic showdowns, this year may seem to be following last year’s footsteps in being incredibly eventful.

Keeping with the theme of last time’s post, I want to discuss something positive. More light at the end of the tunnel.

Although the topic may be construed as dark (we literally cannot see it), the future of the topic is exceptionally bright.

So in this spirit of looking to the future with promise, sit back, relax, and enjoy the ride!

Our story begins with dark matter. As we discussed in my post about dark matter, the essence of current scientific knowledge about dark matter is that it interacts with gravity—therefore has to have mass. However, it does not interact with any electromagnetic radiation, making finding it incredibly difficult; scientists had to use orbital velocities of stars around galaxy halos to establish a measure of how much mass this dark matter took up. Analyzing data, scientists reached a staggering number: the dark sector of the universe encompassed a staggering 95% of the mass-energy density. The other 5% was all baryonic, or normal matter: stars, planets, galaxies, dust, gas, everything that we could see.

Although dark matter is this relevant and this ingrained in the universe, scientists failed to establish what it was made of. Due to the difficulty in analyzing it, there was no way to test dark matter directly. Instead, scientists chose to employ particle physics and gauge which particles might be candidates for this mysterious substance.

And after more than 80 years of uncertainty, a new particle might shine a light on the key to open this lockbox.

In order to discuss how this particle was conceived, we must go deep into the murky waters of quantum physics. Within this field, one of the most prominent theories is the Standard Model of physics—a comprehensive intellectual effort to establish the most fundamental particles and forces in the universe. 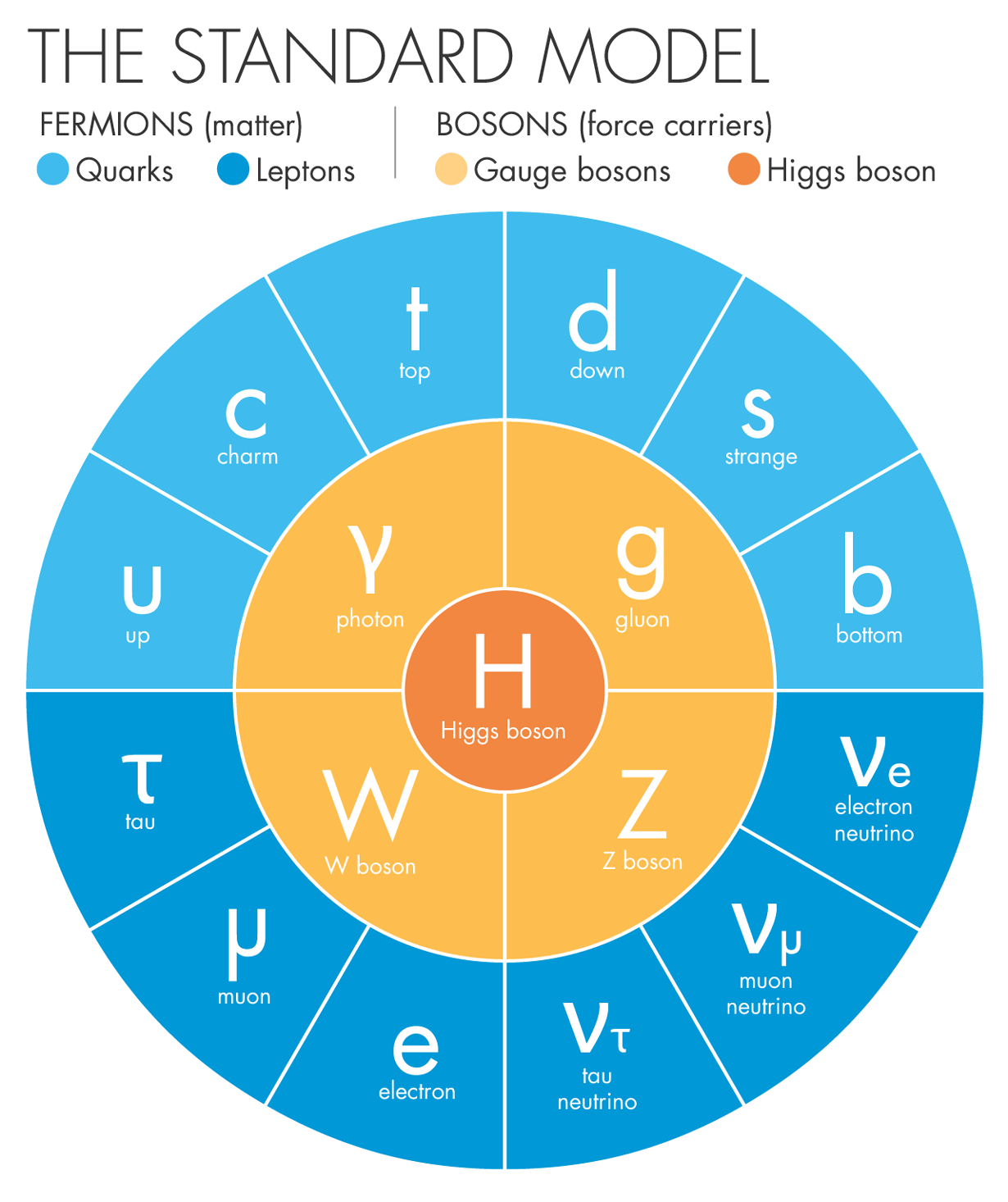 Our area of interest lies in the lepton family within this model, with the fleeting ghostly neutrino.

Neutrinos are fascinating particles due to an interesting quirk. The Standard Model recognizes three types, or flavors, of neutrinos: electron, muon, tau. But what makes neutrinos so intriguing is that they don’t stay within their flavor. As neutrinos hurtle through space (and things) their mass states constantly change. With each change in mass state, an inherent property of the neutrino shifts, and it oscillates, moving from one flavor to another.

Scientists discovered this interesting behavior while observing neutrinos from the Sun. While looking for electron neutrinos, the amount observed was far lower than the number that was expected. This puzzled scientists for several years and became known as the solar neutrino problem. However, by studying the number of other neutrinos making it through, scientists were able to deduce that the electron neutrinos were actually oscillating into tau neutrinos on their flight through space. For the discovery of this oscillation, scientists Takaaki Kajita and Arthur B. McDonald earned the 2015 Nobel Prize in physics.

This oscillation has an interesting mechanic. It usually takes place over much larger distances—tens to hundreds of kilometers—due to the distribution of mass between the three neutrino flavors that are part of the Standard Model. So when scientists started observing that sometimes this oscillation occurred over much shorter distances—tens to hundreds of meters—they realized that the neutrino was phasing into a state unknown by the Standard Model. This fleeting state was termed the sterile neutrino.

As scientists learned more and more about this mysterious phase, they discovered that neutrinos of this flavor only interacted with gravity and could not be seen by conventional means, increasing the likelihood that they were somehow connected to the dark sector. But how would scientists find concrete evidence of its existence?

With this question in mind, the Coherent CAPTAIN-Mills Experiment was devised at the Los Alamos National Laboratory, aiming to find the sterile neutrino using the concept of coherent neutrino scattering.

The set-up of the Coherent CAPTAIN-Mills Experiment. The cylindrical tank visible holds the liquid argon and the photoreceptors.

Now, if this sounds difficult, don’t worry, I’m here to break it down. Essentially, this experiment manipulates the wave-particle duality of neutrinos, or the fact that they (like all subatomic particles) can behave both as independent particles and as waves. Slow-moving, low energy neutrinos have large wavelengths; if they bump into atoms, they cause the entire nucleus to move (rather than their high energy companions that affect individual subatomic particles). This collision is known as “coherent” as the wavelength of these neutrinos and the size of the nucleus of the atom are the same.

When this collision occurs in a suitable medium—in this experiment’s case, liquid argon—the atom produces minute flashes of light which can be picked up by sensitive detectors. Analyzing this light flash, information about when and where the neutrino struck the atom can be discovered, as well as the atom’s kinetic energy after the collision.

Now, you may think this to be an irrelevant procedure as individual flavors cannot be determined this way. However, this method can determine the sum of the masses of all the flavors the neutrino oscillates through. As a result, if the sum is different than expected, this would confirm the presence of the sterile neutrino.

Although it may seem like this would result in a decisive understanding of the composition of dark matter, any theories that go against the Standard Model are considered guilty until proven innocent as it has been proven to be correct on countless occasions throughout the modern era. As a result, in order to accept this hypothesis, it will need to be vetted thoroughly by similar experiments set up across the world. Further, the evidence provided by this experiment will need to be verified by experts throughout the world of particle physics.

The implications if this hypothesis is proven to be true are staggering. If we are able to successfully discern what constitutes the dark matter in our universe, we will be able to glean a much deeper understanding of the universe’s composition, its evolution, and potentially its fate.

This hypothesis, if proven, will quite literally be opening a key into a completely new field of human astrophysics knowledge. It would be altering the Standard Model, expanding it into an entirely new frontier. It would be redefining the field of particle physics as we know it.

So keep an eye on research into sterile neutrinos. A decisive breakthrough in it will change the world and our perception of the endless heavens above us. And it will be one more step towards the horizon of the knowledge.