Welcome back after a longer break!! It’s great to see you all here, my dear readers, as we explore the intricacies of the cosmos and the vehicles to explore it into a new year. And on that note, Happy New Year! Here’s to a better 2022 than the past two years have been.

To start off the new year, we’re going to be discussing a recent launch that excited astronomers and astrophysicists across the world. Move over, Hubble; it’s time for the James Webb Space Telescope to take flight.

The James Webb Space Telescope (or JWST) is a $10 billion NASA initiative to create a next-level research observatory in the universe. With an immense folding mirror and infrared capabilities, the JWST will be able to peer back farther in the heavens than ever possible.

But all in good time! Let’s talk about the story of the James Webb Space Telescope from initiation to launch. So sit back, relax, and enjoy the ride!

The James Webb Space Telescope is named after James E. Webb, the administrator of NASA during the 1960’s, notably during the Apollo program. Considering Webb’s influence on NASA during this time—and his importance in establishing the scientific research foundation for NASA—the telescope was named after him during the early stages of its development.

After the launch of Hubble, the initial issue with the mirror aberration caused a furor within the astrophysics community. Astrophysicists across the world were on the edges of their seats, contemplating the prognosis of the telescope. Assuming that the Hubble would not be fixed, a team of scientists began laying the cornerstone for future research projects. Although the Hubble was, indeed, restored, this cornerstone formed the root for what would become the JWST.

The primary goal of the JWST was to replace Hubble when it would age out as NASA’s flagship astrophysics observatory. As a result, several components of the JWST were built to be significant improvements upon its predecessor.

The most notable example of these improvements is the primary reflecting mirror on the JWST. It is challenging to fit a large mirror within a small capsule atop a rocket; the solution that NASA engineers developed, therefore, involved a little bit of origami. 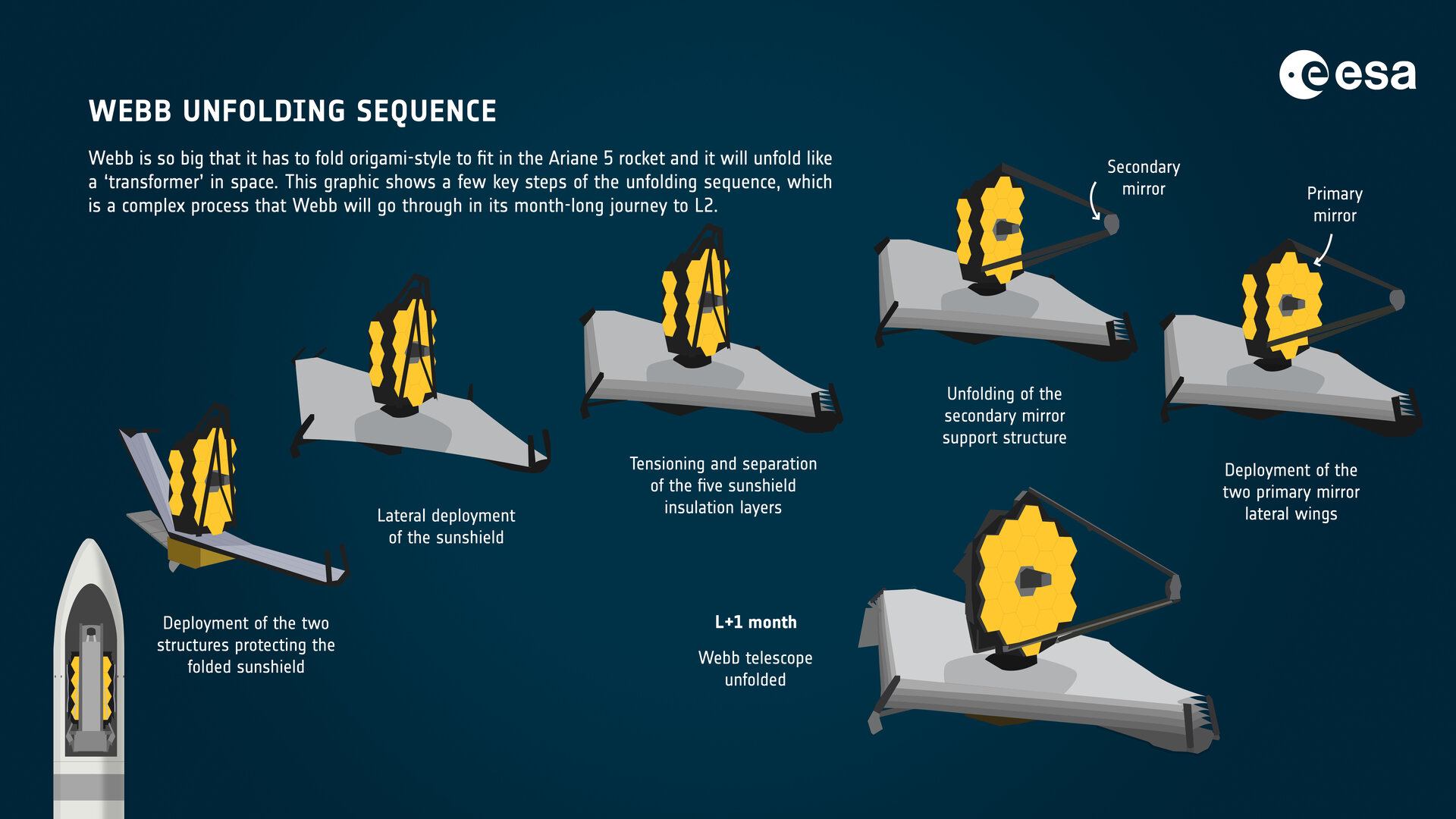 The primary mirror on the JWST is, in fact, a composite of several other smaller mirrors, that are each engineered to fit perfectly within one another. They form a surface that is immensely larger than the reflecting surface of Hubble. 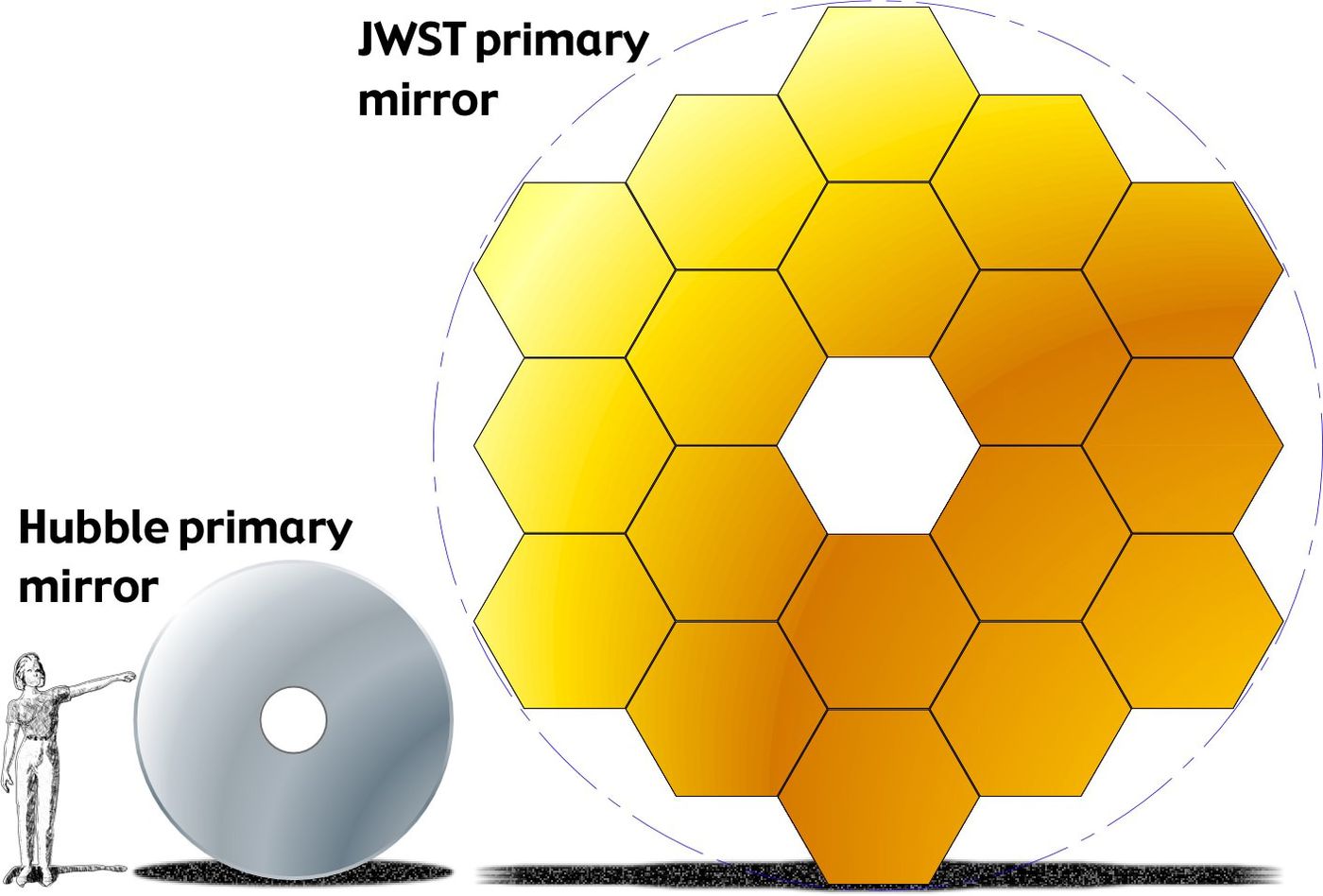 The JWST went through more changes as time went on, and as it was developed further, the launch date, as well as the cost, continued to mount. The initial launch date was scheduled to be 2007 with a $500 million budget; as the development of the telescope continued, however, this began to soar until the hefty $9.6 billion price tag it has today.

After considerable checks, developments, and cross-analysis, the JWST was finally ready for launch in 2021. And on a cool late-December morning, the JWST lifted off from French Guiana into the azure heavens; the best Christmas present for the scientific community around the world.

If the JWST is able to accomplish its goals, the repercussions will be astounding. The science that the JWST is able to perform—and the contributions that it can have to society—are monumental and have not been seen before in a single mission to this extent. But all that for later! In our next blog post, we’ll dive into an in-depth discussion of the various instruments of the JWST and their usage. And after that, we’ll talk about the implications that this research will have for humanity.